Following a method previously reported by Christensen et al (J Cell Sci, 2004) in 2008 we confirmed the earlier findings that intra-lumenal lysosomal Ca2+ was equivalent to ~500uM in healthy cells and in addition reported the first disease with defective lysosomal Ca2+ levels and signaling, namely Niemann-Pick type C1 (Lloyd-Evans et al, Nature Medicine, 2008). These measurements have since been confirmed by several other groups and the NPC disease lysosomal Ca2+ defect was used by a group at the NIH as a high throughput drug screening tool published in JBC. Intra-lumenal measurements are best done using calcium fluorophores (low affinity) conjugated to high molecular weight dextrans in conjunction with a Ca2+ insensitive fluorescent dextran loading control (essential to calibrate the dye for changes in either Ca2+ or endocytosis betwen samples), however, in order to accurately measure the store two issues must be considered. First, we must identify whether the rate of endocytosis is the same between control and disease cell and adjust pulse chase times accordingly in order to ensure lysosomes are loaded (this can be confirmed by subsequently fixing and stainign with LAMP antibodies). Secondly, the Kd of the calcium bidning dye has to be adjusted for pH, this is essential in order to accurately measure lysosomal Ca2+. To do this, cells are separately loaded with two fluorescent dextrans, one pH sensitive (e.g. FITC-dextran) and the other pH insensitive (e.g. rhodamine dextran), alternatively lysosensor yellow blue dextran could be used, we prefer the dextran conjugated probes as we can utilise the same pulse chase times as we use for the Ca2+ binding probes, as such we steer away from the non dextran conjugated lysosensor yellow/blue as this loads into any acidic compartment which may not equate to the pH of the ones we are measuring by endocytosis. Calibration of the pH sensitive dye must be done using different pH solutions in the presence of nigericin and valinomycin to deprotonate and depolarise the lysosome. Once pH has been recorded the Kd of the dye can be calculated. 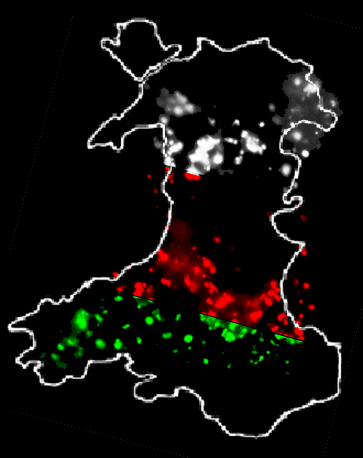 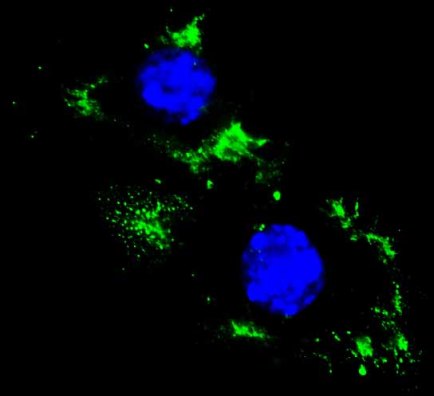 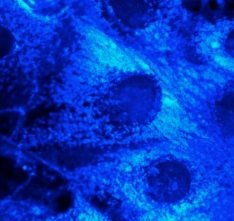